In few articles I wrote before, I paid a lot of attention to the matter of the influence of consuming particular beverages on body mass and composition. However, I concentrated on the negative consequences caused by incompetent choice of liquids and I also tried to warn against excessive consumption of not only sweetened drinks, such as cola, but also the 100% fruit juices, or drinking yoghurts. You should remember about the fact, that, apart from beverages which negatively influence body aesthetics and make slimming harder, there are also those, which activate burning fat. Below, I present a list of few interesting options worth including in a reduction diet.

I suppose, nobody's surprised with its presence on this list. It has been underlined for a long time that this product has pro-health potential of phenolic compounds found in the characteristic acrid infusion, as well as slimming properties. Green tea is the source of catechins and caffeine which speed up metabolism, are thermogenic and increase burning of spare fat, decreasing its storage at the same time. One – three cups of green tea a day are optimum.

Coffee has been considered as arid stimulant, which would only give temporary arousal of the nervous system, for many years. However, studies of the last decade have let us notice the other side of coffee. It occurs, that drinking coffee regularly may protect from such diseases as diabetes, and it may also speed up burning fat. Coffee, just like green tea, is the source of polyphenols and thermogenic caffeine, provided in much bigger dose than in green tea. It's best to drink coffee before physical activity.

Infusion, called mate, is not so popular here, but it gains new followers each year. Mate is obtained from the leaves of maté, which is related to the tea tree, and the traditional methods of preparing it are a kind of ceremony. However, that's not the most important. It occurs, that regular consumption of this infusion positively influences body mass and composition. On the one hand, it is caused by the presence of xanthines, such as caffeine, theobromine and theophylline, as well as derivatives of the hydroxycinnamic acid, or the presence of saponines which stop the activity of the enzymes responsible for the decay of fat supplied with food.

For many people, the results of research, which showed that increasing the amount of drank mineral water is connected with faster reduction of body mass, have occurred to be very intriguing. It's hard to say which mechanism is responsible for this dependency, some specialists suggest that the reason is additional supply of calcium and magnesium connected with consuming mineral water. Others suggest, that the key factor is the influence of consuming water on the feeling of hunger. Whichever reason it is, it's worth including mineral water in diet, paying attention to high content of calcium and magnesium.

The beverages we drink are an important element of our everyday diet, and their proper choice significantly influences the hydration of the body, as well as health and body mass and composition. The basic beverage in a slimming diet should be mineral water, but positive influence on losing body fat also have: coffee, green tea and yerba mate – of course, sugar-free... 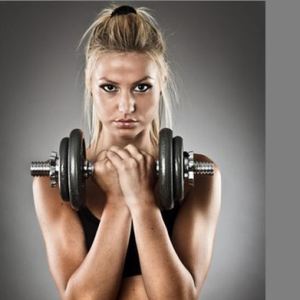 Here we go with Cross Fit! Exemplary plans and WODs.