It's easy to get lost among plenty complicated nutrition systems, especially if you don't have extended knowledge on dietetics. So, what should people, who are not dietetics, trainers or passionated of healthy eating do in such case? Are the complicated nutrition strategies the best option in such case? Well, you may doubt that. Fortunately, there are simple and safe nutrition solutions, which do not require extended knowledge or experience.

The word “diet” evokes rather unpleasant associations, as it brings to mind long list of conditions and bans, constant feeling of hunger and denying anything that is tasty in favour of tasteless meals based on dry chicken breast, salads and rice waffles. However, in reality, this word has totally different definition. “Diet” means the way of nutrition of an individual, a group of people, or larger population. There is only one appropriate conclusion: everybody has some diet! It is sometimes not compatible with the aim, just like it's not always compatible with the needs of the body. What's more, some lucky men are able to adjust it so well, that their everyday menu is valuable and supports the work on body aesthetics. Unfortunately, majority of people don't have such abilities, so they have to learn anything on healthy nutrition. Fortunately, on the “basic” level it's neither hard, nor time-consuming.

What is “healthy diet”?

Human body needs regular supply of tens of components in order to work properly, and here are some of them:

The source of all the mentioned above substances is food eaten every day. Healthy diet should supply all necessary components in the amount adjusted to the body's needs.

It's possible to plan healthy diet using mathematical method with the help of a professional computer program. But, it's not a good solution for a... laic. Fortunately, such option is also not necessary. After all, all the animals we know eat food like this every day, and it lets them function properly, what's more – it even protects them from developing obesity and overweight (such disorders do not appear in nature). That fact may be the basis to believe that human body has some mechanisms, which let it choose food products well and control the amount of energy intake. The problem is that they are disturbed on everyday basis. However, it's possible to introduce few rules in lifestyle, which would let activate those mechanisms. Healthy diet should (among others):

Be based on low-processed, valuable foodstuffs – it's good to know that during technological processing of food is deprived from many important food components, however, it is also enriched in substances, which may not harm human health directly, but they may make controlling hunger harder. In case of less processed, or not processed at all, food, the situation is different: it is more valuable and it does not cause the changes in functioning the mechanisms controlling appetite.

Be differentiated – the diet will be inefficient if you base the menu on only few most valuable and pro-health products that you would eat every day. Diet has to be differentiated because it's impossible to cover all the demand for necessary components with only few foodstuffs. What's more, when eating the same products all the time you can gather excessive amount of some substances present in those products naturally or because of environmental pollution.

Limit or exclude the products of high risk – there are some food products, which are the composition of taste and organoleptic properties, which make us consume them without limit. It's usually the connection of sweet taste with fat and sometimes with salty taste. If something is fatty and sweet -we should beware of it, because it's easy to supply excessive amount of energy with such products. Therefore, all sugar confectionery will ruin the attempts of improving health and body composition.

Be based on regular meals – although it's not particularly important if you eat five, four or only three times a day, constant times of meals matter somehow. Thanks to regularity, we are able to control hunger better. The body starts to “get hungry” when the time of the meal is close, and not between the meals. It's important, because the feeling of hunger is the factor, which makes us choose the wrong food products.

Eliminate badly-tolerated products – if there are any problems from digestive tract during “healthy diet”, it's good to think what causes them. In many cases dairy products and some cereal products (especially rye) cause such effect. If some product is problematic, even if it is considered healthy, you should just exclude it from the menu. In other case – it will be harmful.

As you can see, healthy diet doesn't have to be difficult in its assumptions. However, it should be well-thought and take under consideration the dependencies mentioned above. Thanks to that, it will be possible to nourish the body properly and to sustain, or even lower, the level of body fat. 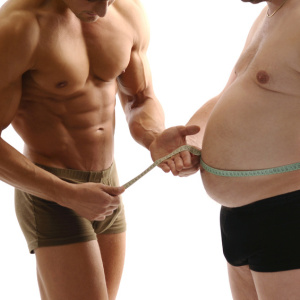 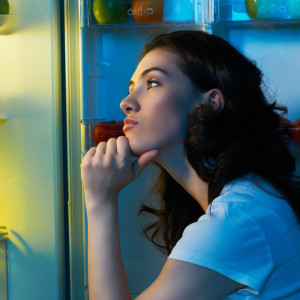